Paul grew up in Midland and has been a resident this time for the past fourteen years after moving back from Dallas.  Paul works in the energy industry and is a partner in Admiral Permian Resources.  Paul is active in the recovery community and has served on numerous of boards, but Springboard hits closest to home.  Paul has been married to his wife, Sherry, for twenty years and they have two children together (Luke, age 12 and Harper, age 10). 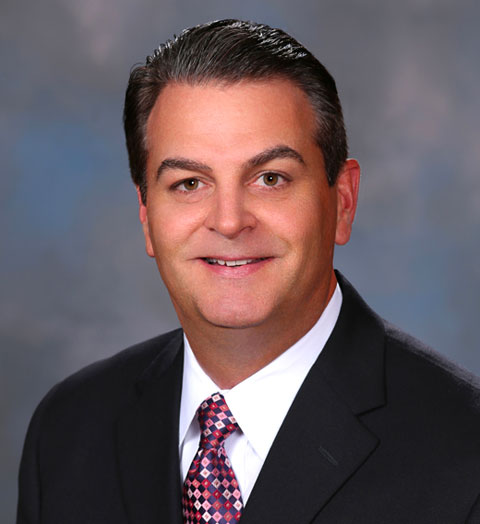 After graduating from Texas A & M University in 1986, Forrest has worked as a petroleum engineer in the oil and gas business for over 30 years. Currently, he is the Engineering Manager for Henry Resources LLC, a privately-held Permian Basin oil company headquartered in Midland. His passion for addiction treatment is the result of struggles within his immediate family and a belief that others can benefit from his experiences. Forrest has been married for 30 years to Kim Collier and they have two daughters, one of whom is deceased. Forrest’s hobbies include tennis, hiking, skiing, and reading. He’s been known to catch an Aggie football game on Saturday 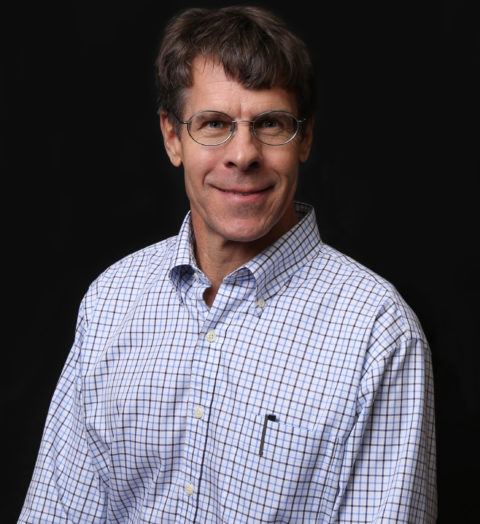 Marc Young, CPA, has served as a board member and treasurer of The Springboard Center since 2017, He also volunteers at his local church and other community organizations. He currently works as a Tax Senior Manager for Weaver & Tidwell, LLP. Marc has been married for 9 years and has 3 children. He enjoys sporting events and motorcycles. He is a member of both the American Institute of Certified Public Accountants (AICPA) and the Texas Society of Certified Public Accountants (TSCPA). He earned a Master of Business Administration from Eastern New Mexico University and a bachelor’s degree in accounting from Utah Valley University. 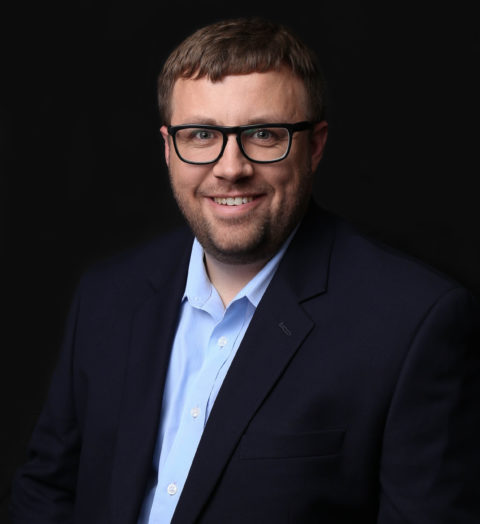 Michele is a Christian, wife, and mom who has lived in Midland most of her life. Mrs. Canis is married to Jon Canis and they have 3 wonderful sons. She has owned her own business and currently work for Jim Henry as Business Operations Manager for Willy Nilly Stories, LLC. Most of her time over the past 15 years has been spent at some sporting event with one of her boys. Michele has volunteered for various organizations in Midland (mostly sports related). Like many others, the disease of addiction has affected her family. Mrs. Canis is happy to be a part of the Springboard team to support our work to restore health and dignity to patients and families. 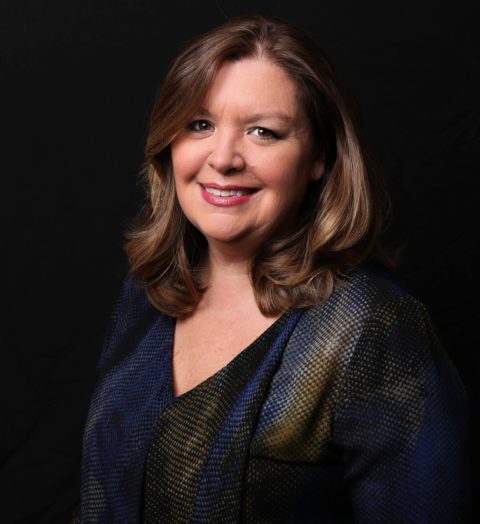 Tina, met her husband Joe in 1989 while living in Oklahoma. They do not have any children except for the four legged kind. Tina received her Master’s in Administration from the University of Central Oklahoma. After graduating she led a program called, “I CAN ” by Zig Ziglar, a program designed to help build self-esteem. Tina and Joe love serving their church family at Midland Bible. Tina has served in various ways on many boards throughout Oklahoma and Texas. Both Tina and Joe have had family members who struggle with alcoholism. In her free time she loves to travel and shop for antiques. 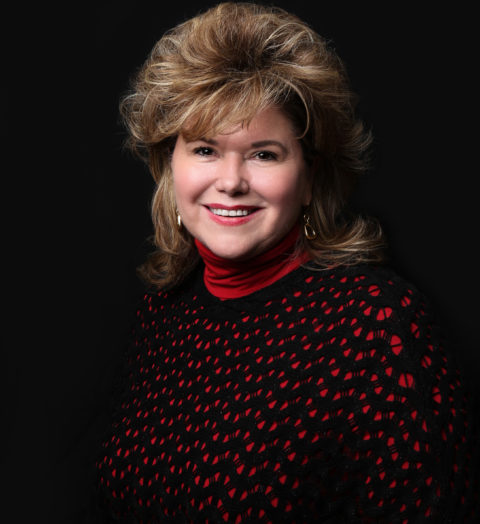 Thomas has been a lawyer with Lynch, Chappell & Alsup, P.C. in Midland since 1978. He works primarily in the areas of securities law, corporate law and finance, and acquisitions and divestitures. Tommy is a native of Midland and over the years has been active in various charitable and community organizations. He and his wife, Bay, have two adult sons and three grandchildren. 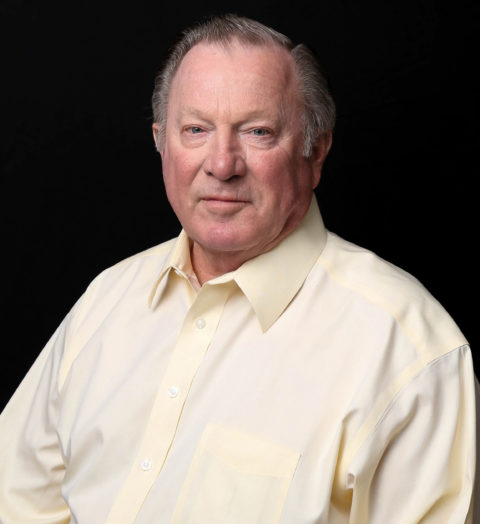 Margaret G. Wade has a BA Degree in Biology and Chemistry from Stephen F. Austin State University, an MS in Zoology and an EdD in Higher Education from Texas Tech University. For almost 30 years, she has been both a faculty member in the Biology Department and Dean of Mathematics and Science at Midland College (MC). The Alcohol and Drug Abuse Counseling Program at MC is under her supervision. It is in supervising this Program that she has experienced the life changing effects of substance abuse issues and the need for treatment. She and her husband, Burgess Wade, have two daughters and value family above all else. Her hobbies include travel, hiking, snow skiing, and reading.

My wife Cindy and I are Texas Tech graduates and came to Midland in 1979 to work in the oil patch. I worked for various companies as a geologist until starting on my own in 1995. We have a son and daughter who are attending Sul Ross Univ. and University of Mary Hardin Baylor. As a family we are attracted to just about anything that will get us into the great outdoors. Dependency is a fact of life and knows no boundaries. The Springboard Center and its caregivers are a blessing to this wonderful community and it is with great pleasure that I can give of my time and experience to those in need. 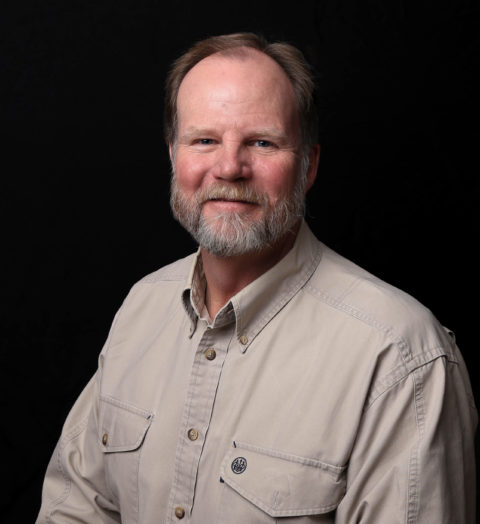 David received his B.S. Degree from Texas Tech University in 1969. He began his career in the oil & gas business as a landman with Texaco, Inc. and has been an independent since 1974. Since 1990 he has been a partner in Rogers & Clark Exploration, a Midland based oil & gas investment group. He is involved in ranching and real estate in Texas and Colorado. David is married to Nancy Rogers. They have three grown children and four grandchildren. David has been directly involved in the alcohol and drug abuse recovery community for over 30 years and brings his experience, strength and hope in that area to Springboard. 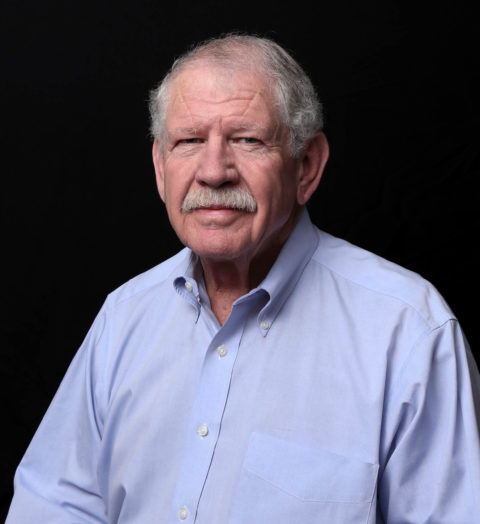 After graduating from Texas Tech University in 1983, Curtis has worked in the natural gas midstream business for over 30 years. Currently, he is the Chief Operating Officer for EagleClaw Midstream Ventures, LLC, a privately-held Permian Basin midstream company headquartered in Midland. Mr. Clark is also an elder of Midland Bible Church. His passion for addiction treatment results from successful treatment of one son, now 7+ years clean and sober knowing others are in need. Curtis has been married for 34 years to Janet Clark and they have a daughter and son-in-law, two sons and one granddaughter. Curtis’ hobbies include golf, fishing, church activities and travelling. 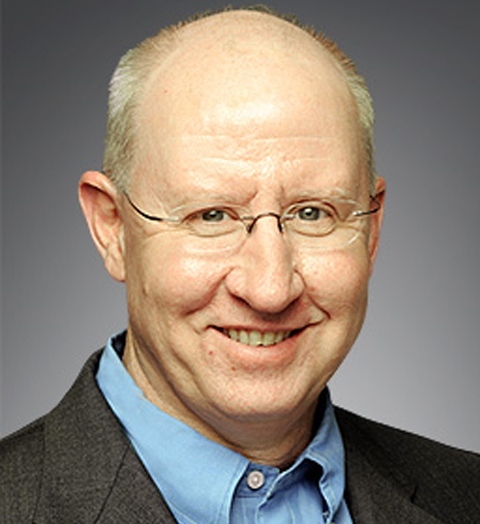 Steven H. Pruett is the President and Chief Executive Officer of Elevation Resources LLC, a Permian Basin focused exploration and production company which he co-founded in 2013. Mr. Pruett was previously Senior Vice President of Corporate Development of Concho Resources. He co-founded and served as President and CFO of Legacy Reserves LP, a public MLP. Mr. Pruett has 35 years of oil and gas operating, financial and management experience, most of which has been in the Permian Basin. Prior to forming Legacy Reserves, Mr. Pruett was a Venture Partner with Quantum Energy Partners, was President of Petroleum Place and P2 Energy Solutions, and was a vice president at Enron managing oil and gas direct investments. He previously served as President and CEO of First Permian, founded and was president and CEO of First Reserve Oil & Gas Co, and served as a Vice President for First Reserve Corporation originating upstream equity investments. He was an energy investment banker with CS First Boston. Mr. Pruett worked in planning and business development for Amoco Production Company following graduate business school. He began his career as a petroleum engineer for ARCO Oil & Gas where he earned his registered professional engineer certificate. Mr. Pruett received his B.S in Petroleum Engineering, High Honors, from the University of Texas at Austin and graduated with an MBA from the Harvard Business School where he was a Baker Scholar.

Steve is a past chairman of the Permian Basin Petroleum Association, serves on the Board of Governors of Midland Memorial Hospital Foundation where he chairs the Investment Committee, and is a former trustee and deacon of First Presbyterian Church of Midland. He serves on the advisory board of the College of Business at The University of Texas Permian Basin, and is a Director of the Trinity School Endowment Corporation. He is a Director of Key Energy Services, the largest well service company in the U.S.  Mr. Pruett serves on the boards of The Henry Foundation and the Springboard Center of Midland. 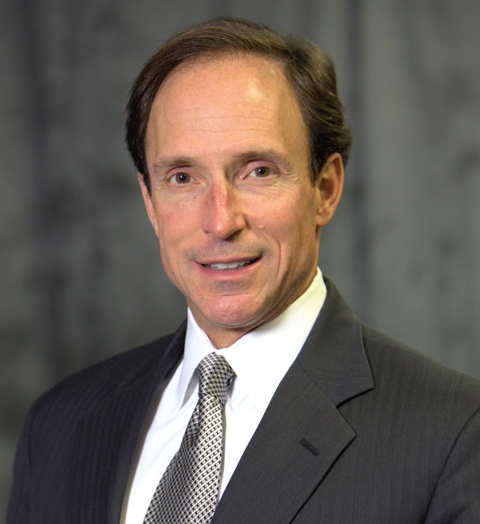 Ray Bradford Miller was born and raised in Duncan, Oklahoma where he completed his undergraduate education at the University of Oklahoma. Brad was a police officer for the Norman (Oklahoma) Police Department from 1978-1982. He attended law school at OU from 1982 to 1985, before moving his family to practice in Midland, TX. Brad was admitted to practice in the states of Oklahoma and Texas in 1985, and since admission, Brad has continuously practiced law in Midland, TX. He has served as General Counsel to the Permian Basin Petroleum Association, was a Board Member for the Palmer Drug Abuse Program and is currently a Board Member of the Midland County Housing Authority. Brad is married to Robyn Miller and they have three sons and four grandchildren.

Bonnie is a graduate of University of North Texas with a Bachelors in art education. Upon graduation in 1973, she taught art at Bonham Junior High School in Odessa,Texas for six years.

From 1984 – 2016, she and her late husband established and managed Texas Refreshment Corporation.

Bonnie has been an avid tennis player, starting in her years at Midland Lee High School where she was district champion in 1967. She continues playing today and in 2009 was part of a USTA ladies senior team playing in national competition.
She is an active member of First United Methodist Church.

Her passion for helping families affected by addiction was realized after the loss of her beloved son to the disease. 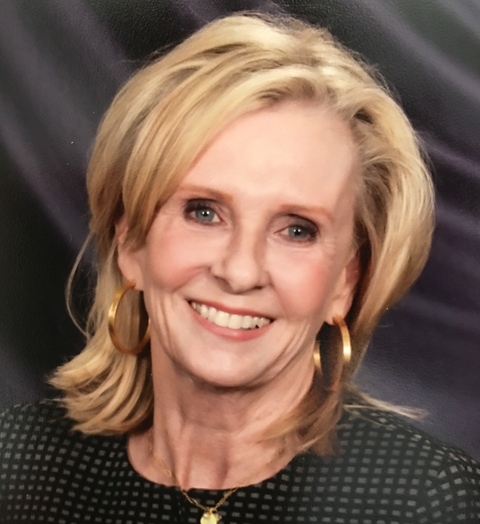 Mr. Herd graduated from University of Texas with a BA in 1964 and a JD 1967. Tevis spends much of his free time volunteering for multiple organizations in the Permian Basin, including Abell-Hanger Foundation as a member of the Board of Trustees, Midland Memorial Foundation, Fasken Foundation, and FirstCapital Bank of Texas as a member of the Board of Directors. Tevis is married to Patty Herd; has two children, Holly Herd and JT Herd; and four grandchildren, Austin Herd, Carrie Herd, Callie Herd and Kathryn Herd. 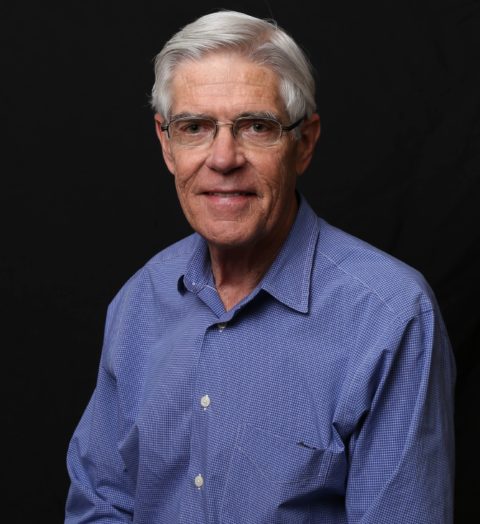 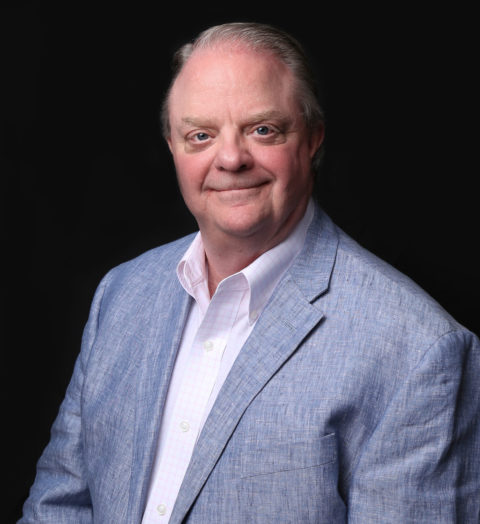 Bill is a native Midlander and attended SMU in Dallas in the early 1970’s where he received BBA & MBA degrees in finance and accounting. Upon graduation and passing the CPA exam, Bill went to work for Arthur Andersen & Co. in the Audit Division of their Dallas office and specialized in Energy clients. In the 1980’s he left the accounting profession and began a career in the oil & gas industry for his own account which he enjoys to this day. He is in his fifth year on the Board of Directors of Springboard and is a past Treasurer & President. He & his wife Carol are avid scuba divers and underwater photographers and have traveled the world for the last 40+ years in pursuit of the most pristine reefs and exotic creatures. 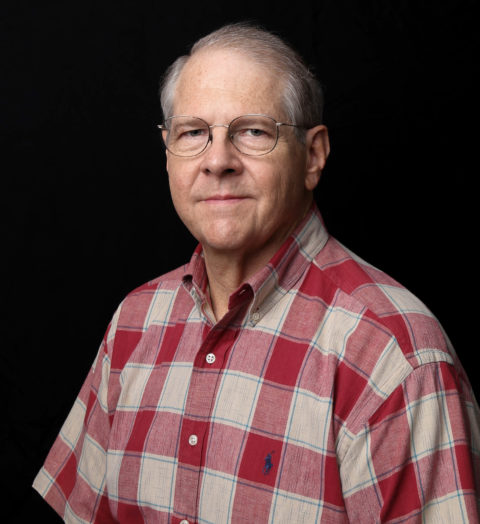 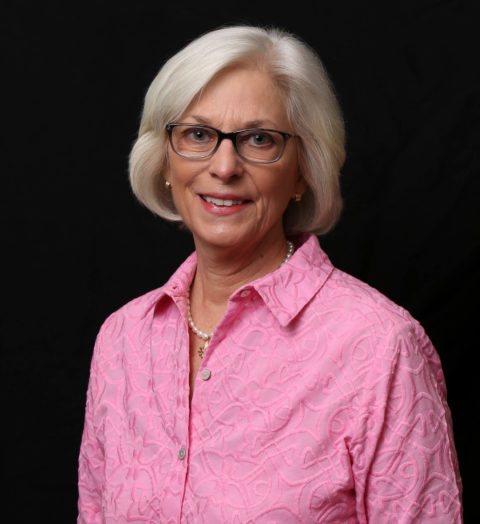 You can speed up the admissions process by submitting your pre-admissions screening online.